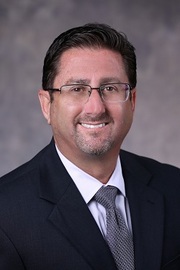 The recent ruling by the Third District Court of Appeal that firm shareholder Michael Kurzman wrote about in the preceding blog post below was the subject of a front-page article in the Oct. 1 issue of the Daily Business Review. The article, which was titled “Third DCA Says Company Can’t Foreclose on Itself,” focused on the tactics used by a Coral Gables developer to attempt to eliminate the claims and liens filed against it by general contractor CDC Builders, Inc.

CDC Builders was represented on appeal by Michael Kurzman, together with John K. Shubin and Deana D. Falce of Shubin & Bass. The South Florida Chapter of the Associated General Contractors also provided an Amicus Curiae brief through Gary Stein of Pecar and Abramson.

As a condition, SunTrust required curtailment payments that reduced its exposure. McBride authorized SunTrust to debit these payments from other accounts he owned or controlled at the bank.

“He specifically directed SunTrust that these payments should not be treated as reductions in the principal amount of the loan, which would have reduced the interest on the loans. Instead, he insisted the payments be treated as junior liens against the property,” Judge Thomas Logue wrote in a Sept. 17 opinion. “He took this unusual step, the SunTrust officials noted, in order to limit the equity available to satisfy the contractor’s construction liens.”

“These statements by SunTrust officials support an inference that McBride was taking affirmative steps for the express purpose of defeating the contractor’s construction liens in the event that a court upheld the liens,” Logue concluded.

[Development company] Biltmore took one more step in its fight with the contractor.

Even though SunTrust was not marketing the construction loan, a Biltmore affiliate approached the bank to purchase the debt. McBride did not ask for extensions. Instead Biltmore used a new loan from Royal Bank of Canada to purchase the SunTrust loan at full face value in 2010, court records show.

Once Biltmore gained control of the note, it moved to foreclose on the property, which would have wiped out secondary liens like the builder’s lien.

“They foreclosed on their own company and loan,” Kurzman said. “They realized they owed my client $2.3 million they didn’t want to pay, and that’s when they got crafty.”

As Michael concluded in his blog post about the case:

“A contrary decision at the appellate level could have proven to be particularly problematic for Florida’s construction industry, as it would have surely led to other developers applying this same scheme in order to terminate construction liens and avoid paying their contractors, subcontractors and material suppliers. Thankfully for CDC as well as for the health of the construction industry in Florida, that will not be the case.”

We congratulate Michael, John, Deana and Gary on this extremely important win for firm client CDC Builders as well as for the Florida construction industry.