A 5-2 majority decision by the Florida Supreme Court in the case of Tiara Condominium Association v. Marsh & McLennan limits the legal principle known as the “economic loss rule” only to product liability cases, thereby allowing many claims for breach of contract in the state to be accompanied by tort claims of negligence. The ruling allows the association to proceed with its lawsuit seeking to recover approximately $50 million in damages from its insurance broker, which it claims knew the 42-story oceanfront tower on Singer Island in Palm Beach County was underinsured and failed to tell the association. 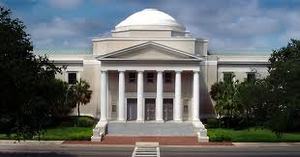 Does the economic loss rule bar an insured’s suit against an insurance broker where the parties are in contractual privity with one another and the damages sought are solely for economic losses?

The dissenting opinion asserts that the majority expanded the use of “tort law at a cost to Florida’s contract law.” The number of tort claims will likely increase as a party may bring tort claims along with its breach of contract claim and recover remedies that may not otherwise be available under the contract. Our construction law attorneys write regularly in this blog about important business and legal matters for the construction industry in Florida, and we encourage industry followers to submit their email address in the subscription box at the top right of the blog in order to automatically receive all of our future articles.