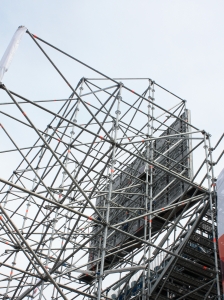 Lawsuits against construction contractors appear to be more prevalent as a result of the economic recession, and the construction law attorneys who work with contractors at our firm and throughout the country have been working very closely with their clients on cases involving many different types of construction disputes and litigation.

In one such lawsuit involving the Village of Elm Grove in Wisconsin, the case recently concluded with the municipality winning its breach-of-contract lawsuit against the construction contractor that it retained to fix a recurring flooding problem. The lawsuit alleged that Michels Pipeline Construction Inc. walked off the job and created a nine-month delay in a $4.6 million tunneling project in downtown Elm Grove. The project called for installing an underground tunnel through the downtown area to divert floodwater.

A Waukesha County Circuit Court jury recently found in favor of Elm Grove after a seven-day jury trial. It concluded that the village should be awarded more than $315,000, including damages for the delay and additional engineering fees. Michels denied that its workers mishandled and walked off of the job, arguing that tunneling work was halted temporarily because of poor soil conditions that created a risk of tunnel collapse. The company also said that it encountered soil conditions that Elm Grove did not reference in its bidding documents, including boulders as large as six feet by three feet, and the soil conditions cost it at least $2.8 million more for extra labor, equipment and materials.

Lawyers who focus on working with general contractors at our firm and elsewhere are helping their clients to avoid construction disputes and litigation such as the Elm Grove case whenever possible, and they work to bring these disputes to a favorable resolution whenever they arise. Construction contractors, subcontractors and suppliers in South Florida and throughout the country should work exclusively with attorneys who concentrate on construction law matters to help ensure that they receive the most effective possible legal counsel and representation.