The Florida Legislature has enacted a number of new and expanded exemptions to the Public Records Act and the Sunshine Law which took effect earlier this year. The new exemptions are intended to provide governmental entities more ability to have full and frank discussions of the strengths, weaknesses and value of a bid. They are also intended to protect the confidentiality of bidders’ proposals for government contracts during the bidding and selection process, as access to this information by competing bidders can lead to unfair competition. The changes have significant implications for contractors seeking to work on projects for all government agencies in the state Florida, including all counties and municipalities.

The new exemptions to Chapter 119, Florida Statutes, specifically address meetings involving oral presentations from the bidders and negotiations of the specific terms of the contract, which have previously been required to be open to the public as well as competing bidders. Now, the public can no longer observe these oral presentations and attend committee meetings where the government agency discusses strategies for selecting and negotiating with the successful bidder. The recordings of such meetings, however, can be obtained through a public records request at the time that the notice of intended award is posted or 30 days after the bids or proposals are opened, whichever is earlier.

The changes also expand the amount of time that bids and proposals remain sealed from public inspection to 30 days after the opening of the bids, if the Intent to Award is not published at an earlier time. 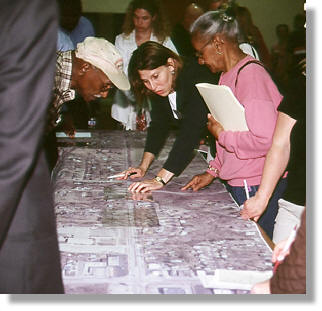 The Public Records Act had previously held that bids and proposals were open to public inspection at the time of a notice of a decision or intended decision, or within 10 days after the bid or proposal was opened by the government agency, whichever was sooner.

For general contractors, architects, engineers, consultants and others who vie for contracts for major construction projects for government entities in Florida, these changes may help to ensure that competing bidders will not have access to their specific submissions and pricing during the selection process.

However, the expanded exemptions will make it more difficult for bidders and the public to observe the evaluation and selection process as it unfolds, and those which become dissatisfied with the process will have more difficulties in determining whether they have the grounds to file a protest. Any person considering a bid protest will need to immediately request all of the relevant public records, as some of the meetings which were previously open to the public during the evaluation process will no longer be open to the public. Thus, a bidder may not know whether another bidder made changes to its bid during the negotiation process that would be, in many circumstances, a valid basis for a protest. It is still unclear whether the changes will cause an increase or a decrease in the number of protests, as some bidders may find that it behooves them to file a notice of intent to protest in order to gather and review the meeting recordings and competing bids.

The new and expanded exemptions under the Public Records Act and Sunshine Law represent significant changes for the competitive solicitation process for bidders. Bidders should consult with experienced construction law attorneys who understand these changes and their implications when submitting a proposal and participating in the selection process, as the time requirements for filing any sort of bid protest are generally very aggressive and the failure to timely file a protest will result in it being waived.