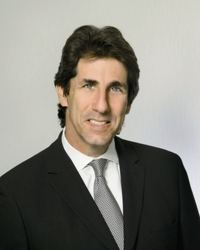 Stuart Sobel’s work in securing a $58.5 million settlement for the builder of the new PortMiami tunnel was the subject of a front-page article in today’s Daily Business Review titled “Dispute Resolution Board Reaches Rapid Settlement with PortMiami Tunnel Builder.” The article written by the newspaper’s Steve Plunkett reads:

“Imagine securing a $58.5 million settlement from a dispute panel that bans lawyers from the room.

That’s the scenario Coral Gables attorney Stuart Sobel faced while representing Bouygues Civil Works Florida Inc., which is constructing the $1 billion tunnel that will connect PortMiami to I-395.

It didn’t surprise Sobel — he helped set up the tunnel’s Technical Dispute Resolution Board when his client won the project.”

The report chronicles how Stuart devoted many hours to preparing for the hearings on liability before the Technical Dispute Resolution Board outside of normal schedules.

“My work was at night, trying to anticipate the issues that were going to be discussed the next day,” he says in the article.

“For the board presentation, Sobel put together PowerPoint presentations for his witnesses to use and coached them on how to answer the panel’s anticipated questions. The board heard evidence for 13 days before making its decision largely in favor of Bouygues.”

The article also notes that Stuart “used an early variation of a dispute resolution board for the Adrienne Arsht Center for the Performing Arts, which opened in 2006.” He was involved in the negotiation of that contract on behalf of the contractor.

The article explains that the tunnel dispute was over extra work for grouting the limestone as the company dug. “We determined there was a changed condition. The geologic conditions were different than what we’d been led to expect,” Stuart notes.

“Sobel said having the dispute panel of construction laymen is much quicker than going to arbitration because the discovery process in arbitration could take eight to 10 months. Along with the added time would be added attorney fees.

“That’s why you have tunnelers as judges,” he said.

Sobel said he urges his clients planning malls, apartment houses, courthouses and other large construction projects to consider establishing similar boards. The tunnel panel meets quarterly whether or not there are disagreements.

“Dispute resolution boards for complex projects, in my view, are absolutely the way to go,” Sobel said. “At the first whiff of a problem you bring it to the dispute panel.”

Stuart’s work was geared toward obtaining a favorable ruling on his client’s entitlement to compensation. Thereafter, the client negotiated the financial resolution directly with the Florida Department of Transportation.

On behalf of all of the attorneys and professionals at our firm, we congratulate Stuart on achieving this fantastic result for the PortMiami tunnel builder that caught the attention of the Daily Business Review.