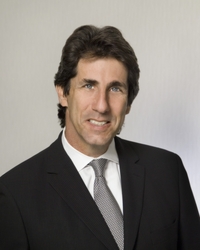 The firm’s Stuart Sobel prevailed in securing a final judgment this week in Monroe County circuit court in favor of his client Layne Heavy Civil, Inc. After a rigorous selection process, Layne was chosen by the Florida Keys Aqueduct Authority to build the Outer Islands Cudjoe Regional Wastewater System, the largest ever sewer construction project in Monroe County. Layne’s $79.3 million winning proposal was $6 million less than that of Douglas N. Higgins, Inc. Higgins sued the Aqueduct Authority in Monroe County Circuit Court, seeking to invalidate the award to Layne and to have the contract awarded to Higgins. Layne, through Sobel and his local co-counsel, Barton Smith, intervened in Higgins’ challenge of the Aqueduct Authority. Monroe County also intervened to support the award to Layne.

Higgins’ lawsuit alleged that Layne’s proposal did not meet all of the bid requirements and “was non-responsive to the Request for Proposal” because it lacked unit prices, cost and resource loaded schedules, preliminary designs and pertinent financial information. The suit alleged that Aqueduct Authority’s evaluation committee overlooked material deviations from the request for proposals and “disregarded its own evaluation form and procedures.”

The lawsuit could have jeopardized $30 million in state funding for this important project. Monroe County received the $30 million last year from the state legislature, but the appropriation stipulated that construction contracts for the treatment system must be signed by March 1. The county was concerned that the lawsuit could have nullified the contract and, as a result of the ensuing delay, negated the state funding.

Layne is a leading supplier of infra-structure with a world-wide reputation for its high quality work. Sobel says that the successful defense of this bid protest was especially satisfying given the stature of his client and the extraordinarily compressed time period for the preparation and presentation of Layne’s defense. The entire matter was resolved in less than one month from the time the bid protest was filed.

Our firm is pleased that Stuart and his team were able to validate the rights of this important client.